Blood of the Alpha — Amy Green 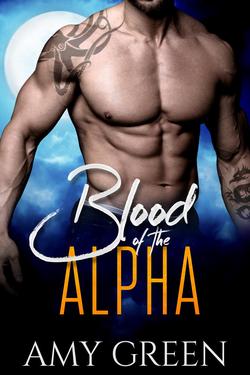 **Originally published in two parts - now in ONE volume with NO cliffhangers!**
**These stories are part of the Full Moon Rising world, but can also be read on their own!**

In the small Washington town of Freemont, two members of the world’s last werewolf pack fight their enemies and their own personal demons — while finding a mate.

Part One
Carter Tripp is a lone wolf. No family, no lovers, no connections — that’s how he’s always lived. He works night shifts as a security guard and turns into a monster under the full moon. No harm, no foul. Until trouble lands on his doorstep, and he suddenly has the urge to protect Rebecca Masters, the woman who obsesses him — the woman who could be his long-awaited mate.

Part Two
Helsing Sorensen is a cursed werewolf. The victim of cruel experiments, he is now half vampire - a dangerous creature unfit to be near humans. His only wish is to find a cure - before he hurts someone against his will. When he meets a stripper with a weakness for bad boys, their journey to cure Helsing might bring them together - or it might be the last trip they ever take...
Reviews from Goodreads.com