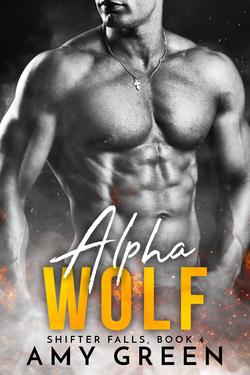 Alison Masterson has been in love with werewolf Brody Donovan since she was twelve years old. Now he's the alpha of the Donovan pack, and she's just a waitress at the local diner, dreaming of the man she can never have. Until the night she accidentally discovers his secret.
​
Brody Donovan has never noticed the pretty redhead who would do anything for him. But now he needs her to keep a secret—and he's starting to realize she's his mate. The problem is, he can't deserve her. Because Shifter Falls is about to enter into a dangerous war with humans. And the secret Alison knows is only the beginning of his terrible past...