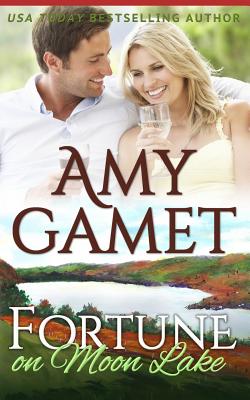 A woman who can't let go of her past... Melanie Addario's been in emotional limbo since her boyfriend disappeared two years ago. Now a secret admirer is coaxing her well-protected heart out of hiding, making her question if she should wait for a man who may never come back, or if it's finally time to open herself to new possibilities. Just as she's beginning to make progress, a self-proclaimed fortune-teller throws Melanie for a loop when the other woman suggests her admirer is none other than her long-lost boyfriend, Army Lieutenant Greg Mora. Will the man she once loved really come back into her life, or is the fortune-teller way off base? A man who must fight for his future... Rafael Delacruz never meant to become a secret admirer. When he left the first gift on Melanie's doorstep, he had every intention of finally asking out the blonde bombshell who'd attracted his attention years before. But the very next day, she was asking him for a job, and there was no way he was going to send her away. Now he's Melanie's boss, an arrangement that has him firmly pressed between his desires and responsibility. When the owner of Crescent Moon puts the vineyard on the market for a small fortune, Moon Lake outsider Rafael is forced to find the backing of an investor to buy the business he's come to love. But someone is trying to sabotage operations at the vineyard, putting his plans for Crescent Moon and his hopes for a relationship with Melanie in jeopardy. As Rafael works to solve the mystery of the vineyard saboteur, loyalties will be tested as shadows from the past rise up to be counted, forcing both Melanie and Rafael to choose between that which is given freely and that which can only be hoped for. Will they be able to separate friends from enemies before it's too late, or will they lose the vineyard--and each other--forever?
Reviews from Goodreads.com