Into the Fire — Amanda Usen 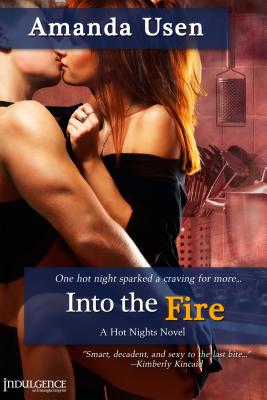 Jackson Calabrese has a lot of nerve. He beat Lila Grant in the Culinary Academy competition using her recipes. Now, he's opening a restaurant and wants her help? Fine, she'll fix his menu, but it's going to cost him. Heir to the Calabrese restaurant empire, Jackson can buy anything he wants, except creativity, so he buys Lila's instead. He can craft perfect paella, but to take New York by storm he needs her innovative spark. Skillets aren't the only things hot in the kitchen, and an uneasy truce ignites into passion. They're great in bed, but Jackson doesn't trust her, and Lila is contemplating revenge. The restaurant opening approaches, the menu is completed, and the tables are set for one final act of betrayal. How can love bloom in the midst of such a hot mess?
Reviews from Goodreads.com