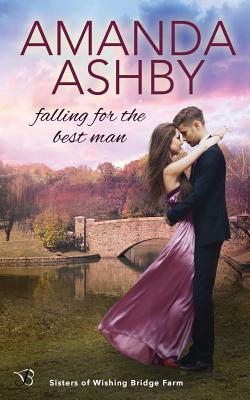 What's worse than running into your ex-hookup at the airport? When said 'hookup" is the best man for the most important wedding of your career, and he's on the hunt for a fake girlfriend. Between a hysterical bride and a wedding party gone wild, wedding planner Emmy Watson can't afford any more disasters if she wants to save her beloved Wishing Bridge Farm. Which is why she puts the best man on lockdown. Unfortunately, he also happens to be the one guy who can make her forget everything except the way his kisses make her feel.

All Christopher Henderson needs is a fake girlfriend to convince his bosses that his bad boy reputation is a thing of the pastso he can land his dream job. What better place to find said companion than at a wholesome vintage wedding. The only thing he didn't count on was seeing Emmy, the woman who dumped him. The one he hasn't been able to get off his mind.

There's no denying the spark between them, but he's a globetrotter and she's a homebody, and falling in love is something neither of them has in their plans.
Reviews from Goodreads.com