The Girls With Games of Blood — Alex Bledsoe 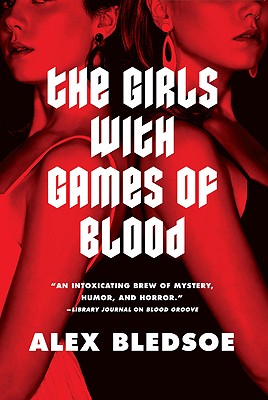 Listen to what I tell you, son, every word is true
The sisters haunt the night, and might fight over you

Nothing can steal your soul and stamp it in the mud

Like being the new play-pretty for the girls with the games of blood . . .

The old song warns of the beautiful Bolade sisters, Patience and Prudence, whose undying rivalry was said to stretch even beyond the grave. But Count Rudolfo Vladimir Zginski has never heard the song. A suave Continental vampire, staked to death more than sixty years ago, he has risen to stalk the Southern nights of Memphis, Tennessee, circa 1975. Although new to the modern world, he has quickly developed a taste for its hot blood, willing women, and high-speed automobiles.

Yet the seventies are not without their perils, even for so cunning and ruthless a predator. Zginski's insistent pursuit of a cherry 1973 Mach 1 Ford Mustang soon brings him into conflict with a legendary redneck sheriff with a short temper and a big baseball bat. His dangerous fascination with an enticing undead chanteuse and her equally seductive sister, threatens not only his own ageless existence, but that of the small group of modern-day vampires he has grudgingly taken under his wing. Zginski has already escaped limbo once, but can he free himself from the tangled web of the girls who play games of blood?

Alex Bledsoe, author of Blood Groove, returns to he world of the undead with a tale of fast cars and vengeance that never dies. . . .
Reviews from Goodreads.com 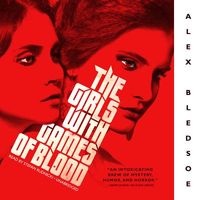