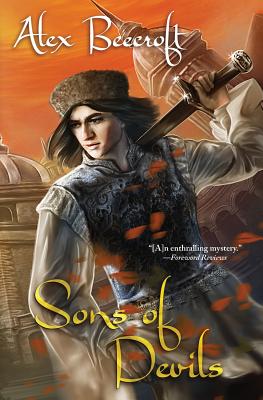 British scholar Frank Carew is in Wallachia to study the magic generator on nobleman Radu Vacarescu’s land. There, his party is attacked by bandits and his friends are killed. Pursued by a vampiric figure, he flees to Radu’s castle for help.
Unfortunately, this is precisely where the vampires came from. If allowed, they would feed unchecked and spread their undeath across the whole Earth, but Radu maintains a shaky control over them and keeps them penned in his tiny corner of the country.
As Frank recovers from his assault, Radu finds himself falling for the young man. But loving Frank and not wanting to lose him leaves Radu vulnerable to his demons’ demands. Can he bear to let them feed on the man he loves? Or must he give in to their blackmail and set them free to feast on his entire country?
Reviews from Goodreads.com