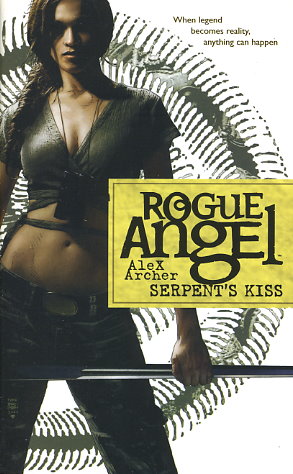 Some say they are a cursed people. But those who try to find them will be just as unlucky...

Working on a dig on the southern coast of India, the last thing Annja Creed expects is to be hit by a tsunami. Or to strike archaeological gold. But that's exactly what happens when several objects wash ashore in the storm. The relics carry unfamiliar markings that hint at a legendary city. Excited by the prospect of discovering a culture believed lost to civilization, Annja embarks on a perilous journey deep into the heart of danger.

She learns of a mysterious artifact that could provide clues to the whereabouts of the lost city, which means trekking through an inhospitable jungle and forbidding terrain. But nature's denizens and death traps are not the only threats: someone else is also pursuing the prize. Just as Annja's grail comes into view, she must ward off an even greater evil. Because deep in the Nilgiris mountains is a race of people that the world forgot.