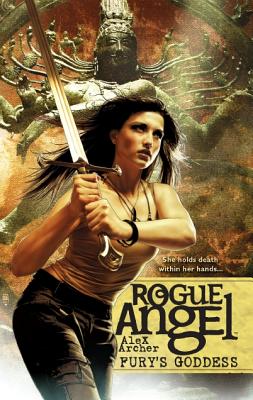 A dark goddess. An ancient cult. And a dangerous zealot…

On the outskirts of the recently developed and prosperous city of Hyderabad, India, a new and luxurious housing complex has arisen. But several residents have been found brutally murdered. Some believe the killer is a rogue tiger. Others whisper that it is the work of the servants of Kali, the Hindu goddess of death.

Her feet are barely on Indian soil when archaeologist Annja Creed finds herself swept up in Hyderabad's modern prosperity. But something about the recent spate of killings seems unusual and Annja begins to dig deep for answers. Instead, she finds herself taken prisoner and held in a maze of ancient caves. She's being held captive by a cult of thieves who are under the thrall of a charismatic leader.

In only a few short hours, Annja is to be sacrificed -- unless she can channel the vengeance of the goddess Kali herself….
Reviews from Goodreads.com