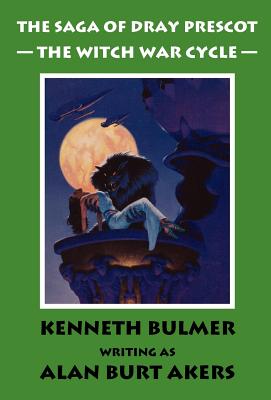 On the magnificent and mysterious, beautiful and terrible world of Kregen, a planet orbiting Antares four-hundred light-years from Earth, much may be achieved and much lost. Far more than merely a strong sword arm is required for victory. Far more than a cunning and devious brain is needed to secure success. The island Empire of Vallia, sundered by internal dissension and invasion, is gradually reestablishing itself after the Times of Troubles, but the grouping of continents and islands called Paz are threatened by the Shanks, fish-headed reivers from over the curve of the world. Dray Prescot's task is to unite all of Paz in alliance against the aggressors. Not all the people of Paz are willing to forget their old enmities. And there is Csitra, the Witch of Loh, who lusts after Prescot and would drag down all of Vallia to ruin for his sake. In the passionate, shrewd, charismatic figure of Delia of Delphond, and his family and blade comrades, Prescot possesses riches past the mundane dreams of empire. The Witch War Cycle contains: Werewolves of Kregen Witches of Kregen Storm over Vallia Omens of Kregen Warlord of Antares
Reviews from Goodreads.com