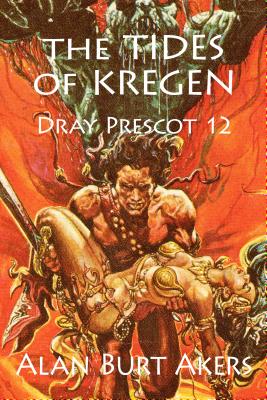 Of all the honours that Dray Prescot, Earthman, had won during his fabulous adventures on Kregen, none were valued by him more than his membership in the Order of the Krozairs of Zy. The Krozairs are the highest order of chivalry on that turbulent planet, dedicated men, warriors of stern convictions and unflinching hearts. And Prescot had been ordained a Krozair back at the dawn of his career. Thus when the Krozairs in their hour of need called on all their far-flung members for aid, he should have gone. But he could not. His return from Earth was blocked by the anger of the mysterious Star Lords. Before Dray Prescot could achieve redemption, he had two armies opposed to him, two warring kingdoms naming him outlaw, and only the tides of the seven moons as a weapon... (71000 words)
Reviews from Goodreads.com