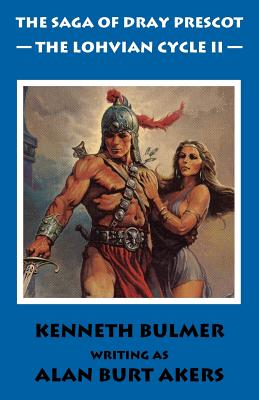 The Dray Prescot Saga, omnibus edition, containing books 41 to 43 in the epic series, and a glossary to the Lohvian Cycle. Scorpio Ablaze: Under the twin sun, Antares, the planet Kregen is a world of wonder and terror, of beauty and horror. Now, in the streaming mingled lights of the Suns of Scorpio, Prescot takes up the Krozair brand to save his friends who are about to be killed by the vicious Shank lord. Then he must rally the coalition of forces from Vallia, Hamel and Tsungfaril, to expel the Shanks from Tarankar. But things rarely go according to plan on Kregen... Scorpio Drums: Dray Prescot has recently given up the job of being Emperor of Vallia, only to be pitchforked into the task of uniting all the varied continents and islands of Paz to resist the reiving onslaughts of the Shanks. People are beginning to call him the Emperor of Emperors, the Emperor of Paz. During the battle, to his horror, he sees Delia being carried off by a group of the whiptailed Kataki slavers, galloping off astride zorcas. Frenziedly he charges after them... Although previously published in a German translation, Scorpio Drums has never before been published in English. Scorpio Triumph: Down in the continent of Loh expeditions have ventured below the City of Eternal Twilight into the Realm of the Drums in search of one of the rubies. A Wizard of Loh, Na-Si-Fantong, has been collecting the rubies, and it is believed he wants them for no good purposes. He has succeeded in obtaining a ruby and vanishes into the maze of tunnels under the city. Not really convinced of the importance of the Skantiklar, Prescot has to go in pursuit. Alone, he threads his way through the labyrinth, already feeling he will never catch Na-Si-Fantong... This edition includes a Glossary to the Lohvian Cycle.
Reviews from Goodreads.com