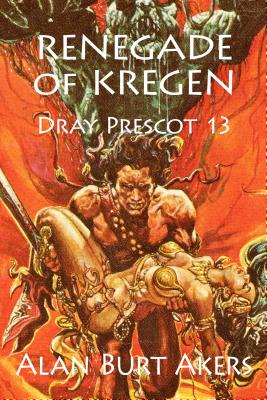 Never before in his adventurous career under the double suns of Antares had Dray Prescot been in as desperate a situation as he found himself on his second entry into the city of Magdag. Magdag had been the scene of one of Prescot's earliest experiences on Kregen and he recalled it with loathing as a city of power-lusting slavers, of Krozairs, he despised all that the city stood for.

But now Prescot was an outcast. Any Krozair, any follower of the Red Sun of his former friends, would slay him on sight. For him there was only one way to recover his home, his children, his self-respect. He would have to perform and act of valor so extreme, so fabulous, that its glory would wash away all that now stained his name.

Only by reaching to the very heart of mighty Magdag could he hope to achieve such a suicidal triumph.
Reviews from Goodreads.com