The Other Side of the Wall — A.D. Starrling 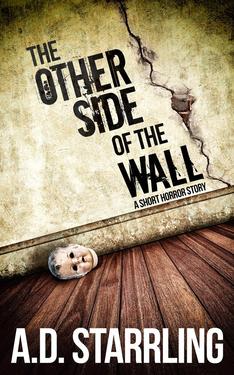 Have you ever seen flashes of darkness where there should only be light? EverÂ seen shadows skitter past out of the corner of your eyes and looked, onlyÂ to find nothing there?
Â
Forced into a sabbatical following his affair with an undergrad student, university professorÂ Jim Grayson rents Holloway Farm for the summer, in the hope the time away from his wifeÂ would help salvage their marriage. But all is not what it seems at the secluded farmhouse and he soon finds himself at the mercy of powers beyond his understanding.Â
Â
The Other Side of the Wall is a spine-tingling short story fromÂ bestselling supernatural thrillerÂ author AD Starrling. IfÂ you like tales of things that go bump in the night, then this story will make you shiver.

Other books by AD Starrling

Other stories by AD Starrling

Short Stories
The Other Side of the Wall
Void
Reviews from Goodreads.com